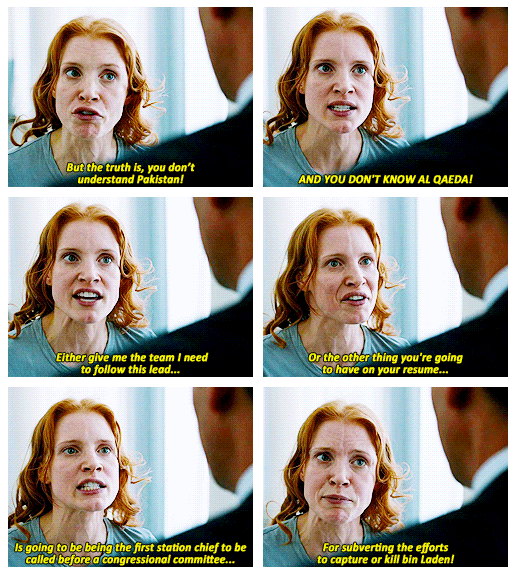 But the truth is, you don’t understand Pakistan! And you don’t know Al Qaeda! Either give me the team I need to follow this lead… or the other thing you’re going to have on your resume… is going to be being the first station chief to be called before a congressional committee… for subverting the efforts to capture or kill bin Laden!